Update: The VAX 4000/200 is now also off. The power supply's fan speed controller somehow broke, and it's just too damn loud to leave on. 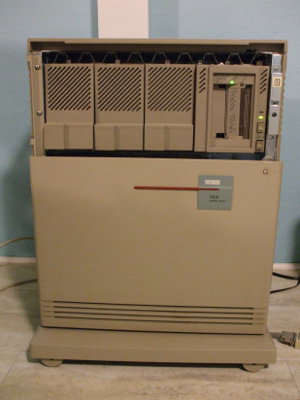